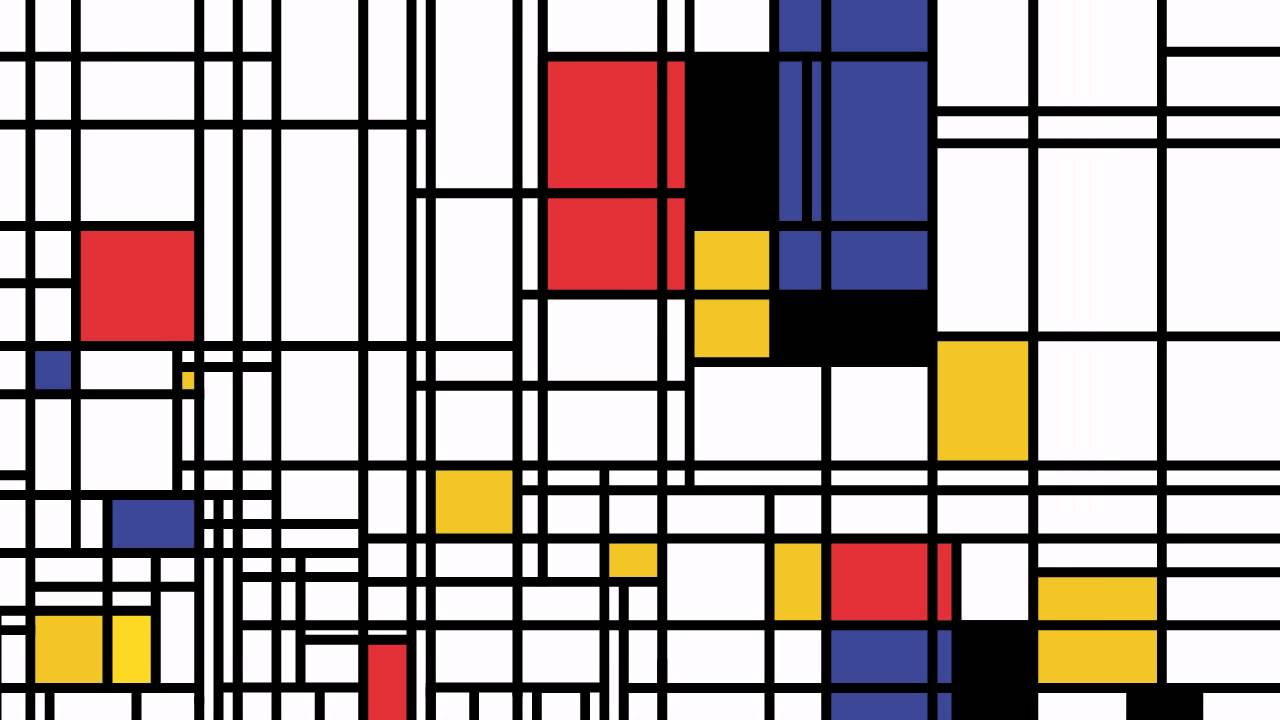 Since late 2014, students of the University of Amsterdam have engaged in protests against planned budget cuts and the restructuring of academic programs, especially humanities programs, all part of the University´s overall austerity measures dictated by an institutional debt crisis, itself fed by the institution’s speculative real estate investment.

Measures called for the elimination of humanities degree programs, and the consolidation of others under a single liberal arts degree.  Resources were to be shifted to more career oriented studies, those more readily marketable and more politically “neutral”.

In response, The Humanities Rally group was formed, composed of students and faculty, to protest against the announced changes.  And on February 13th, another group, under the name of The New University occupied the Bungehuis, the home of the Humanities Faculty at the University.

The initial demands were modest.  They included a call for the democratisation and decentralisation of university governance, changes in the criteria for the allocation of funds, with a focus on quality, cancellation of the plans for academic reform, under the name of Profiel 2016, referendums per institute and program about collaboration between the University of Amsterdam and the VU at the FNWI (Faculty of Science), sustainable career opportunities for all staff and no real estate speculation with education money.

The protest however quickly found support beyond the limits of the University, and local city authorities intervened to negotiate an end to the occupation, with notable failure.  Police were then sent in to bring the occupation to an end, with 46 occupiers arrested.

Concessions were offered by the University administration, but rejected by the students and efforts were made to extend the movement to other universities.  On the same day of the occupation, a group of teachers and other staff organised themselves under the name RethinkUvA, in support of The New University movement. They demanded to take actions such as striking and occupying university buildings if the administration did not appropriately reply to their demands.

The occupation is ongoing.

If the original demands appear limited, they have evolved.  On March 4th, six demands were presented:

Again, one might judge all of this as a largely academic matter.  But what is in fact at stake here, at least minimally, is a contestation of the commodification of education, of its reduction and manipulation for the development of “human capital”.  And if this process did not begin yesterday, the current student movement in the Netherlands echoes earlier movements of the last few years (most notably in chile and quebec), movements which very quickly unfolded on to other horizons and that can potentially equally rapidly radicalise large parts of a population.

Formal education is no isolated practice or institution; it is rather an intrinsic part of the social relations of power of any modern society, both constituting and constituted by those relations.  To thereby challenge education, and in the manner that the Amsterdam University students have done, immediately resonates.

What limits remain in this vision are of course those associated with the very idea of a formal, elitist education, which the modern university has always been.  But what is equally significant in this movement is that the “education” has not stopped during the occupation; rather, what has emerged is the embryo of a popular, autonomous, self-managed education that fractures and escapes through the walls of academia.  It is the academy that is suddenly in question, and thus the very structures of society, of which the academy is an integral part.

We close with a document from RethinkUvA (March 4, 2014) that places the question of what democracy we want at the very centre of the occupation.  And herein lives its potential …

The recent student protests, which have their roots in issues at the Faculty of Humanities, have opened the door for a discussion about much broader and more fundamental problems in the university. These problems can only be resolved by decentralizing and (re-)democratizing. Rethink UvA is committed to addressing these issues. The following short statement outlines our position.

Universities today are increasingly run like corporations: decision-making is not in the hands of those who work and study there, but in the hands of a remote management team that often emphasizes priorities other than education and research. Running the university like a corporation not only distorts its character as a public institution embodying a community of academics, students and staff. It also negatively impacts the crucial social goods it is expected to provide for a vibrant democratic society: education, knowledge, critical and creative thinking. This bureaucratic distortion inverts these priorities: the number of diplomas, completion rates, and other output-based measurements become an end unto themselves, replacing a concern for the core issues of education and knowledge. The fundamental processes by which insight and understanding are achieved are thus made insignificant and secondary.

The inversion of university priorities is also reflected in its structure: instead of supporting students and academic staff, administration and management dominate university life more than ever, imposing these inverted priorities in a top-down manner. Increasing centralization is as much an outcome of this process as is disenfranchisement of those concerned: As responsibilities are taken away from departments and their members, and are moved up to higher administrative levels, more and more decisions are taken by managers who are removed from the concerns and needs of the students and academic staff involved.

The members of a community should have a say in the rules that govern their interaction, as well as in their application. This is a widely accepted principle of democracy. If an institution’s members are not able to participate in the shaping of its structures on an equal footing, they are simply subject to structures imposed from above. As a result, they become dependent on the arbitrary decisions of an unaccountable set of people with positions of power within these structures. In modern political communities, we find this unacceptable. As UvA’s community of academics, students and staff, we therefore face a fundamental question about how to organize our community and what it would mean to (re-)democratize it.

But there are also more pragmatic reasons for democratization: a more democratic structure is more effective and informed than a top-down and more opaque structure. This is because democratic decisions are taken at the level where the specific knowledge and expertise of the people directly involved informs decisions. These people are not only better situated to make these decisions: they will also be more motivated to follow through on their own commitments. Decisions imposed on them by anonymous and distant administrators are unlikely to instigate the same degree of conscientiousness and loyalty. This principle also holds true for students: involving them in decisions that directly affect their studies shows them that their concerns are being taken seriously, thus increasing their involvement and motivation for learning.

Democratizing the university will also enable the local community to rethink the problems the university faces. We do not deny the necessity for reforms. However, these reforms need to be discussed and implemented in an inclusive, reasonable, and informed manner. In the current situation at UvA, students and staff are repeatedly confronted with a patchwork of unfathomable reforms from higher-up, which are presented to them as a fait accompli.

There is no ready-made one-size-fits-all model of democracy for restructuring the university. We believe that the democratization of the university requires a complex mix of democratic procedures. These include not only control and accountability over output, as in transparency in decision-making, power to recall etc. They even more prominently include input democracy: participation of those concerned with democratic processes, such as making the rules, deliberation, electing representatives, etc. Participation is therefore no longer reducible to stakeholder representation, or having one’s interests represented, as is currently the case with powerless UvA bodies like the student council (‘studentenraad’) and works council (‘ondernemingsraad’).

Two points therefore make up the core of our demands for democratization: firstly, decentralization, and secondly, the election of the university board – and by extension, all other positions with the authority to make binding decisions on departmental, faculty, and university levels. It is imperative that staff and students are represented in all bodies that deliberate and implement decisions affecting them, and that their elected representatives participate on a par with all other members of these bodies (and not simply in an advisory role).

The concrete institutional implications will be worked out in further detail. However, the above does suggest the following demands for reform – demands that are not utopian since they have been at least partly achieved in the past at our university and at other universities elsewhere.

Decentralization: Decisions should be taken in a democratic way, at the lowest possible level, i.e. the departments (or program teams) or the faculties, rather than the central administration.

Elections: All positions (e.g. the board of the university, deans, heads of departments etc.) with the authority to make binding decisions should be elected – either directly by the relevant constituency (staff, both permanent and temporary, and students) or by representative bodies (e.g. university, faculty and departmental councils) that have been directly elected.

Power of recall: There have to be effective procedures for deposing elected representatives/executives in case of incompetence or loss of confidence.

Deliberation: Within elected bodies and assemblies – especially within the university, faculty and departmental councils –, decisions should be made in a public, inclusive and discussion-oriented way that takes into account and seeks to remedy existing inequalities and asymmetries of gender, race, and class.

Power of information and investigation: All documents should be publicly accessible. Elected bodies have the right to receive and debate all documents relevant to their decision-making, and to appeal to an independent committee or ombudsperson to start an investigation.

Academic control: Academic staff should have direct control over teaching and curriculum development (including viability thresholds of courses, output indicators etc.), as well as over research priorities.

We close with two videos from the Maagdenhuis: discussions with Ewald Engelen and David Graeber …

This entry was posted in Commentary, News blog and tagged Education, holland, Okupations. Bookmark the permalink.