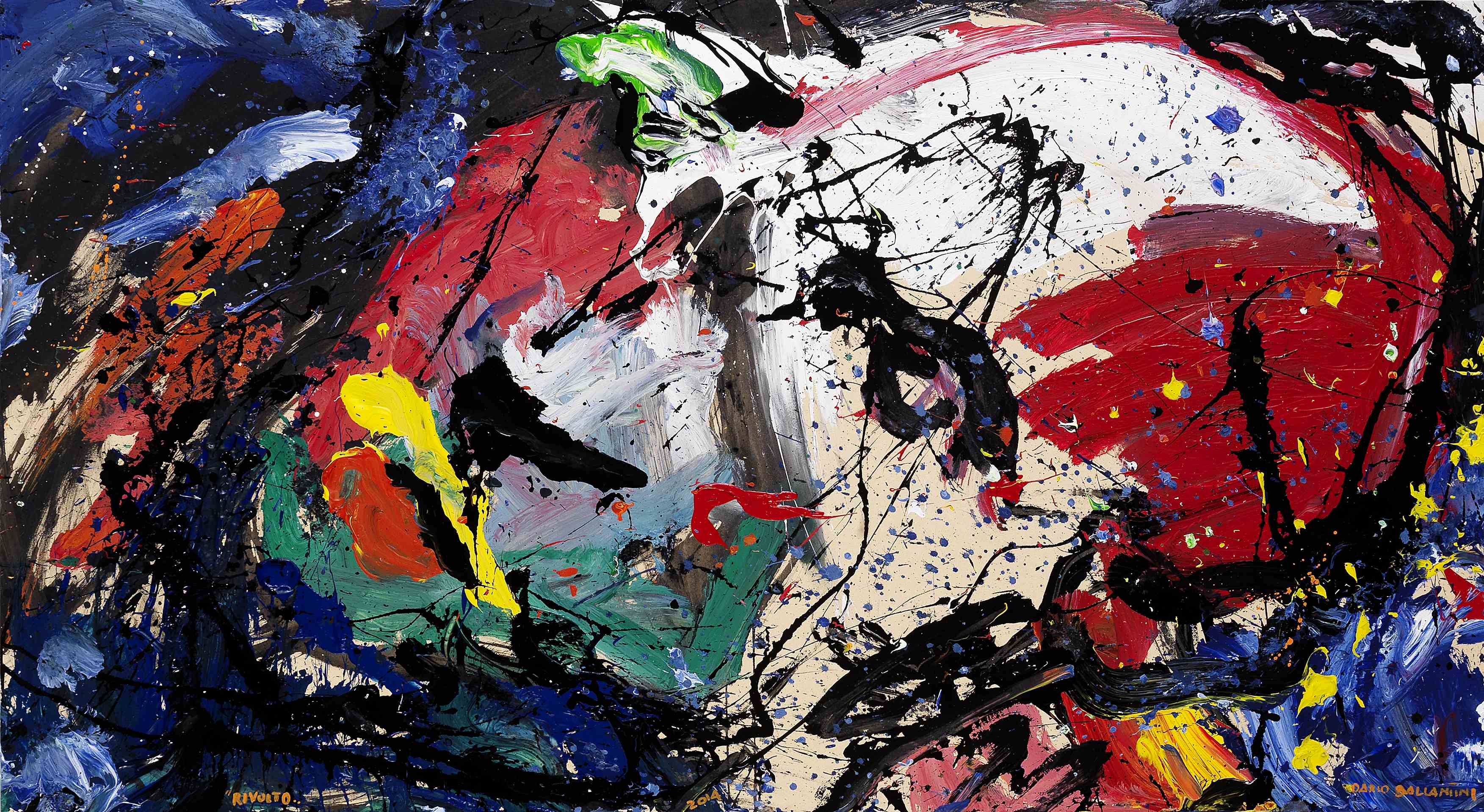 The following post is authored by Sorana Inibrina and is shared with Autonomies.

“the question of revolution is not in the future. It is here and now: how do we stop the system by which we are destroying humanity”

“This militancy makes resistance into counterpower and makes rebellion into a project of love and in opposition to the mortification of the flesh (in poverty and in the constituted order) he posed a joyous life, including all of being and nature, the animals, sister moon, brother sun, the birds of the field, the poor and exploited humans, together against the will of power and corruption”

Capital trails in a manner that often seems irresistibly coherent. Mobilizing catchphrases such as economic growth, social development, sustainability… It always seems to manage to charm, appeal to the majority, always justifying the unjustifiable, embellishing the harmful and sucking the life out of its subjects/objects. Consent becomes sometimes the only option. One of the tricks of almighty Capital is that it manages to disguise total submission in ‘dangerous’ ethics of affirmation. Capital does encourage a culture of yes-saying to anything that is of interest to its own expansion. Rarely though that Capital is slapped in the face with a ‘no’. But whereas Capital charms the majority of populations with beautifully packaged discourses of development and economic growth, there are places where it encounters committed opposition. ‘No’, in the age of advanced capitalism, of globalization and of the reign of supranational organisms, is an act of resistance. Minimal it might be at times, it does however assume the expression of anti-capitalist ‘values’. ‘No’ is not only an utterance of refusal and rejection, but it is also an act of subversion, for it destabilizes subjectivities which were for a long time trained to succumb submissively to the temptations of Capital and its endeavors. Such then is the motto of a militant movement in Northern Italy, which goes by the name No TAV, acronym for No Treno ad Alta Velocità (No to the high-speed train).

In a European Union where the blind is leading the blind -to use a famous expression- the supreme interest of Capital dictated that a high-speed train shall be constructed between Lyon and Turin. Between Lyon and Turin, there is already a rail line; which makes the project insignificant and of no foreseeable use or advantage, except evidently for the contractors and the parties involved: those whose interest is at stake, and their protectors: the state. Perhaps no economic system is more skilled at manufacturing illusory needs like capitalism. Here’s a project which exhausts the limits of the phrase ‘development for the sake of it’; in which the means and the end stand in complete opposition to each other, in absolute contradiction: let’s destroy some to gain some. Absurd as it sounds, this seems to be the sole justification rehearsed by the politicians who defend the construction of the high-speed train.

The No TAV Movement saw the light in the early 1990s, when concerns about the high costs of building the train line arose. Soon after, environmental concerns were added to a long list of reasons against the construction of the high-speed train. It effectively turned out that the completion of the project would require the dislocation of some villages and the disfiguration of others. The populations of the areas concerned were never, until –arguably- in 2005, consulted about the project. Serious damage to the environment was also voiced by a significant number of researchers and academics. Many environmental organizations are involved in the movement, for instance Pro Natura Torino. But the movement has also been a magnet for those who organize themselves in autonomous social centers, mainly in the urban areas in the city of Turin.

The movement is composed of a permanent assembly which gathers every now and then. There is no voting system on the decisions made by the assembly. The assembly rather resolves conflicting positions by discussions and mediation. It invites all forms of actions: be it art or protest, dinners or workshops, philosophical discussions, common kitchens, theatre… All is allowed.  From humble beginnings in the 1990s, with scattered demonstrations, the movement was consolidated at the beginning of the century when the number of demonstrators rose significantly. Inclusive and broad, the movement does however adopt ethical dispositions such as anti-racism and anti-fascism.

In 2005, came the Venaus blitz. The conflict escalated when some clashes between the police and the local population erupted. Members of the local community attempted to prevent some technicians from accessing sites near the commune of Venaus, which prompted the government to respond with fencing the area, after inhabitants successfully blocked access to the sites. The movement then set up three protected areas (presidi) to defend the valley, damaging the fences. In a measure that is closer to waging war, the State responded again in November by militarizing the zone and setting up new measures of ‘security’: every moving person from the local population in the area had to present identification documents; even pupils were subjected to such elevated surveillance. Military and police presence, in addition to the installation of new fences, resulted in the effective seclusion of the area. On December 8th however, the largest march of the movement was organized; Venaus was liberated, the fences destroyed and the military withdrew. The town would gain emblematic significance in the history of the movement.

Other moments would mark the movement, such as the ‘Free Maddalena Republic’, declared in 2011. In Chiomonte, proponents of the movement created, in the site where a tunnel was supposed to be built, a space for expression: it wasn’t only a presidio, and not only a protest site, but a center of activity, with a local kitchen, a collective library, organized concerts, assemblies and discussions… However, the site was brutally attacked by the police after a little more than a month of its establishment; this attack would inaugurate a new era of state violence, physically, but also legally. 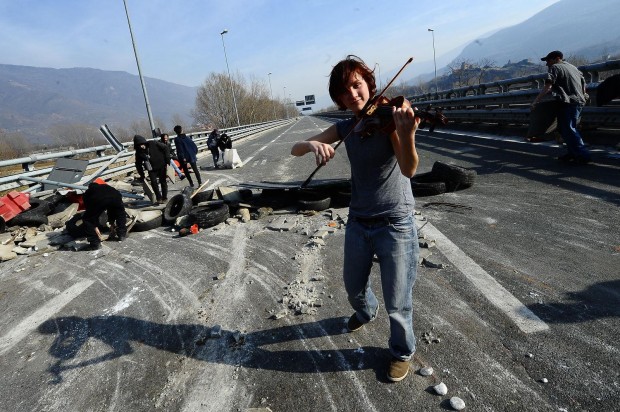 In 2013, the state convicted 4 members of the movement with terrorism charges after they sabotaged machines in a construction site, an effort on their part to delay the works on the rail. The charges arise from a law legislated in 2005 against Al Qaeda in Italy.  Soon after, 9 activists were arrested with the same charges. An alarming operation it is, it nonetheless reveals the extent to which the state is willing to go to contain the movement. Giorgio Agamben pointed out in an article published in La Republica that these sorts of measures reveal the true terrain of these laws; they are not aimed at ‘external threats of terrorists’ but rather prepared for domestic operations, incriminating people who are involved in protest activities[i]. Sovereignty is always prepared for these sorts of ‘emergency arrangements’, as its integrity is contingent on creating spaces of ‘emergency’, such as what happened in 2005 in Venaus and creating subjects of emergency with the arrests of 2013. The seclusion of Venuas in 2005 and the elevated techniques of surveillance and control mobilized by the state during that period is not only nostalgic of fascist times, but recalls necessary episodes of operative capitalism,namely separation as a necessary condition of capital circulation.

With almost 25 years of militancy, the No TAV Movement confronts the spectacle of democratic participation in ‘Western’ countries with serious  (and perhaps delayed) questions. On the one hand, the seclusion of the local population from deciding over the TAV uncovers the supremacy of profit over all other considerations. On the other hand, strategies developed by the movement bring to light other ways of doing democracy – if we can still call it that-; for example, permanent assemblies and democratic deliberation reinvents other forms of community organization. The No TAV movement stands today as a non-creator of capitalism, as such it carries the spirit of revolution: “revolution is not about destroying capitalism, but it is about refusing to create it[ii]”. The movement keeps operating in modes of deterritorialization and reterritorialization, constructing spatial and political possibilities of organization, while embodying ethics of solidarity, militancy and endurance. An anatomy of the movement would equally reveal the importance of the local in the age of global capital: “If capitalist domination is becoming ever more global, then our resistances to it must defend the local and construct barriers to capital’s accelerating flows[iii]”. Acceleration is not a word of hazard, if anything; it stands at the heart of the movement’s struggle against capital’s glorification of speed and efficacy. In its numerous and ongoing attempts to flee from the mercy of State-Capital, the movement fights from “the particular”, the “here and now”[iv], against pervasive economic contamination.

A Brief Introduction to the No TAV Movement: https://libcom.org/history/italy-brief-history-no-tav-movement

About the No TAV Movement and Beyond: A Comprehensive Essay: http://www.presidioeuropa.net/blog/tav-movement/

A short documentary of the No TAV movement, in italian …

This entry was posted in Commentary and tagged italy, no TAV, revolution. Bookmark the permalink.