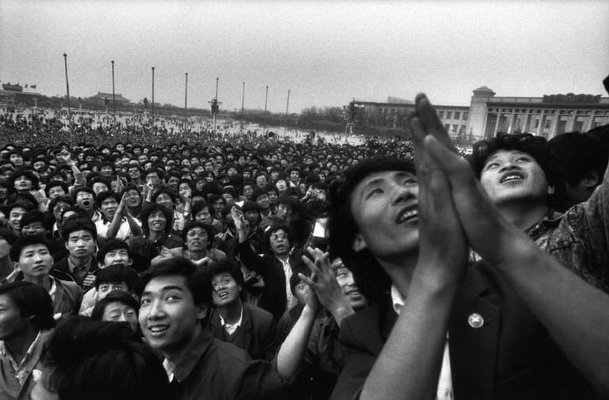 On this, the 25th anniversary of the massacre of Tiananmen Square, it is more than fitting to return to this past; not though only to remember past tragedy, but to be able to live our present. The protests and occupations of the Square, which began in mid-April of 1989, would often be and are still presented and recorded as a struggle between democracy and communism. The event however defies such simplifications, and as a political event, it is part of our present in far more profound ways.  It continues to reveal political possibilities, for the political event of Tiananmen Square marks our political horizons, and remains a telling  perspective through which to read current protest and rebellion.

A reflection of Giorgio Agamben’s from 1990, on the significance of the protests, remains in this regard relevant.

What could be the politics of whatever singularity, that is, of a being whose community is mediated not by any condition of belonging (being red, being Italian, being Communist) nor by the simple absence of conditions (a negative community, such as that recently proposed in France by Maurice Blanchot), but by belonging itself ? A herald from Beijing carries the elements of a response.

What was most striking about the demonstrations of the Chinese May was the relative absence of determinate contents in their demands (democracy and freedom are notions too generic and broadly defined to constitute the object of a conflict, and the only concrete demand, the rehabilitation of Hu Yao-Bang, was immediately granted). This makes the violence of the State’s reaction seem even more inexplicable. It is likely, however, that the disproportion is only apparent and that the Chinese leaders acted, from their point of view, with greater lucidity than the Western observers who were exclusively concerned with advancing increasingly less plausible arguments about the opposition between democracy and communism. 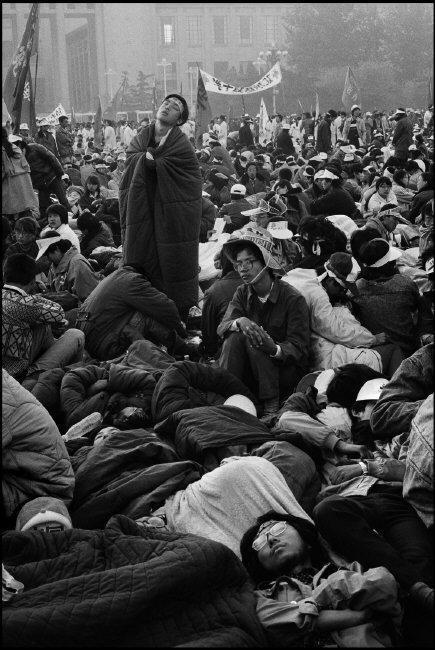 The novelty of the coming politics is that it will no longer be a struggle for the conquest or control of the State, but a struggle between the State and the non-State (humanity), an insurmountable disjunction between whatever singularity and the State organization. This has nothing to do with the simple affirmation of the social in opposition to the State that has often found expression in the protest movements of recent years. Whatever singularities cannot form a societas because they do not possess any identity to vindicate nor any bond of belonging for which to seek recognition. In the final instance the State can recognize any claim for identity – even that of a State identity within the State (the recent history of relations between the State and terrorism is an eloquent confirmation of this fact). What the State cannot tolerate in any way, however, is that singularities form a community without affirming an identity, that humans co-belong without any representational condition of belonging (even in the form of a simple presupposition). The State, as Alain Badiou has shown, is not founded on a social bond, of which it would be the expression, but rather on the dissolution, the unbinding it prohibits. For the State, therefore, what is important is never the singularity as such, but only its inclusion in some identity, whatever identity (but the possibility of the whatever itself being taken up without an identity is a threat the State cannot come to terms with).

A being radically devoid of any representable identity would be absolutely irrelevant to the State. This is what, in our culture, the hypocritical dogma of the sacredness of human life and the vacuous declarations of human rights are meant to hide. Sacred here can only mean what the term meant in Roman law: Sacer was the one who had been excluded from the human world and who, even though she or he could not be sacrificed, could be killed without committing homicide …

Whatever singularity, which wants to appropriate belonging itself, its own being-in-language, and thus rejects all identity and every condition of belonging, is the principal enemy of the State. Wherever these singularities peacefully demonstrate their being in common there will be a Tiananmen, and, sooner or later, the tanks will appear.

(The text by Giorgio Agamben is quoted from a chapter entitled “Tiananmen”, from the following work: The Coming Community, Minneapolis: University of Minnesota Press, 1993).